LIVE MUSIC.  DESSERT RECEPTION.  ALL THE COMFORTS OF HOME!

April 20 and 21, The Lamplighter Bed & Breakfast and two other Ludington bed and breakfasts will host private concerts played exclusively for our guests.  We’re product to say that the talented line-up calls Michigan home.  They’re all too humble to share their ‘musical qualifications’ with you, so we thought we’d do the honors!

Ludington native John Merchant has known all his life, he was meant to be a musician.  He tells us in his bio “I swear it’s what I imagine being called to the ministry is like.  I just don’t know anything else.  Whenever I’m playing, I still feel like the same kid with the ‘Beatles Live at the Hollywood Bowl’ on the turntable, an unplugged guitar around my neck and a mirror in front of me.  It’s all I’ve ever wanted.”

Playing music has allowed him to travel the country, make music in major markets like New York City, Nashville, Chicago, St. Louis, Memphis and Key West, and share stages with acts like CCR, the Goo Goo Dolls, Swag, Robbie Fulks, Rachel Proctor, Deana Carter and other members of Dutch Henry, and with artists such as Ray Wylie Hubbard and Penny Young as a solo artist.

John will be playing at The Lamplighter Bed & Breakfast from 8-10PM on Saturday, April 21. 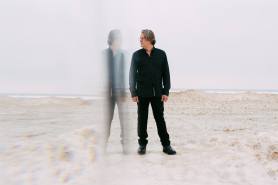 Talented Chris Wiser has been referred to as a human jukebox, and will take your requests.  Chris has been composing original music and performing professionally as a vocalist/guitarist for over 20 years across Western Michigan.  With Grand Rapids based bands Soul Syndicate and Two Headed Sam, Chris has opened for GRAMMY Award Nominee Bad Company at Wings Stadium in Kalamazoo, Blue Oyster Cult at the State Theater in Kalamazoo, and The Storm at Val-Du-Lakes.  Learn more about Chris here.

Chris will be performing and taking your requests on Friday, April 20 at Candlelite Inn Bed & Breakfast.

Born and raised in Louisiana, Chad Rushing  has been influenced by Blues, Zydeco, Reggae and nearly every other genre you can think of. 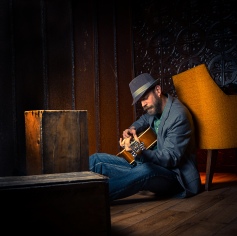 He skillfully blends it all together into what he calls Mountain Man Hip-Hop.  Whether he’s live on the stage or pumping through your speakers, he’s a sure treat and we hope you enjoy!  Chad will be delighting you on Friday evening, April 20 at Ludington House Bed & Breakfast. 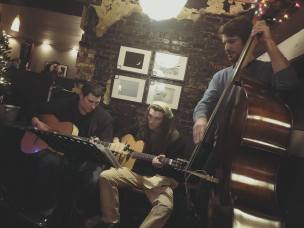 Two guitars and a big bass fiddle compose Third Coast Gipsy Jazz Band, whose music is inspired by the sounds of Django Reinhardt – a jazz guitarist who was popular in the 20’s to 40’s.  Checkout Gipsy Jazz’s Facebook page to listen to some of their tunes.

Join us in Ludington for Live Music!

Book a room at one of the three participating Ludington bed and breakfasts.  If you reserve online, choose the “Music in the Parlor” upgrade ($25 in addition to the room rate) or call us, and we’ll add you to the list.

Once you’re “on the list” you’ll be able to rotate between all three Ludington bed and breakfasts with access to all the live music (and desserts!) both Friday and Saturday night from 8-10PM.  Enjoy a nice dinner downtown and then head to The Lamplighter, Ludington House or Candlelite Inn to enjoy your private concert and dessert!

Published by Breakfast for Ten

View all posts by Breakfast for Ten